Communicating with your digital employees

Communicating with your now home-based employees

Everyone has a communication style that’s unique to them. How they act, how people act, can be broken down into four big styles of communication.

We’re breaking down the different types to understand each style better.

Passive
Passive communicators can come across as indifferent, effectively yielding to others in conversation. Their lack of ability to effectively communicate their emotions can be difficult. It can lead to a build up of resentment and anger. Eventually causing bigger problems.

With an inability to say ‘no’, poor body language, and a lack of eye contact, passive communicators are easy to pick out.

They tend to be easy to get along with and, in general, they go with the flow, avoiding conflict. They are often left feeling like no one considers their feelings.

Aggressive
Aggressive communicators tend to be very easy to spot. You can often hear it in their voice, see it in their body language and you might even feel it.

Their aggressive communication style usually manifests in a louder tone of voice. They have intense eye contact, and will be dominating or controlling of others. They’ll throw blame around, intimidate, criticize and threaten – they’ll even go so far as to attack others.

Aggressive communicators will make demands, commanding those around them. Often, they come across as rude and simply fail to listen to others.

Often, aggressive communicators become leaders and command respect from those around them. 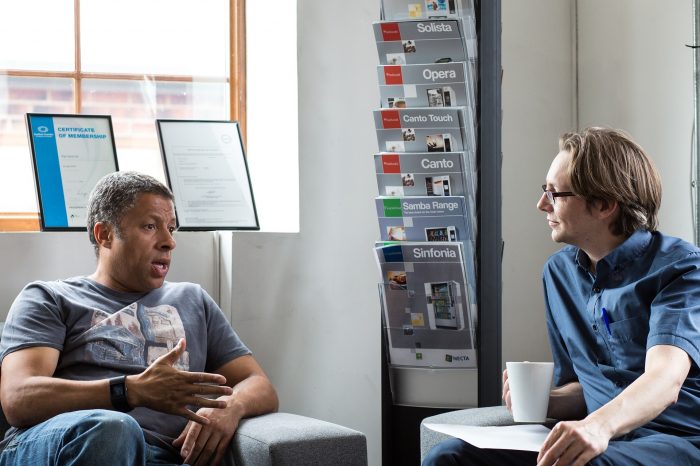 Passive-aggressive
This mixed communication style can be tricky to spot. Their passive side will show on the surface but within there could be strong resentment building.

This bottling of emotions builds up and they express it through subtle outbursts, indirectly attacking the problem. By not confronting the person they have an issue with directly, they end up often muttering to themselves.

Acknowledging their anger can be the most difficult thing for them. They hide behind a smile when upset, and may even deny there’s a problem altogether. The silent treatment is a big weapon at their disposal and you’ll notice it is used often.

Passive-aggressive people often avoid verbal communication so you need to watch their body language. They may appear to be agreeing and going along with everything, but they may silently be doing the complete opposite behind your back.

Assertive
Often considered to be the most efficient communication style. The assertive communicator can express all their needs, wants, and desires while still having the emotional capacity to consider the needs of others.

They tend to be open communicators, not overbearing, often quite polite and well regarded. They seek the middle ground where everyone has a result they’re happy with.

They take ownership of their feelings and conversations by using ‘I’ statements. Assertive communicators understand that the blame doesn’t always belong with others and are quite self-reflective.

Do any of these styles hit close to home? Do you feel you better understand a fight you recently had?

Hopefully you can see other sides to an argument a little more clearly, now. Everyone has a different point of view, it’s how they express it that shows how effective we are as communicators.
Skip to toolbar